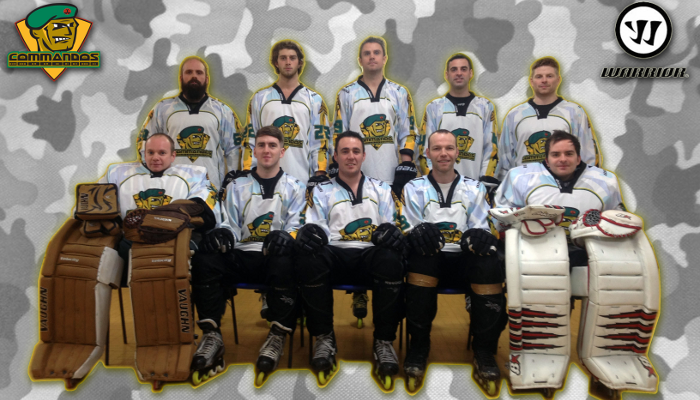 The Valley Commandos will be attending the 2013 Sparta Cup for the second time in their history after first appearing in 2011. Originally formed in 2007, The Commandos went on to achieve success in their inaugural season by becoming league and National Champions. Since then, the team originating from Cardiff, Wales has gone through many changes and the 2012/2013 group of players are by far the strongest after a successful start to the 2012/2013 season.

The team has veterans with Great Britain IIHF Inline World championship experience Dan Wood (Goaltender) and John Nash (Forward) and in addition to this the brothers Jack and Dan Clarkson will be making appearances for the Commandos, both of which are current Great Britain internationals.

Sparta 2013 will also see the debut of current Cardiff Devil (Ice Hockey Elite League) Forward Steven Osman who has had a fantastic rookie season in the top league of British Ice Hockey.

The Commandos are also fortunate to have veteran and three times British Champion James Munro-Morris (36) back for another season, leading the line with two of the country’s hottest young prospects Adam Wood and Matt Durham along with the solid and dependable Tim Lucas in defence.

Making up the remainder of the 2013 Sparta Cup team is the powerful offensive defenseman Josh Ursell and the always dependable, hard working forward Keiren Graham, who have been delivering all season with solid numbers and great performances, along with rookie Goaltender Mike Clubb who has shown immense maturity and ability during his starts.

The Valley Commandos are looking forward to the 2013 tournament, and forward to seeing everyone in May.